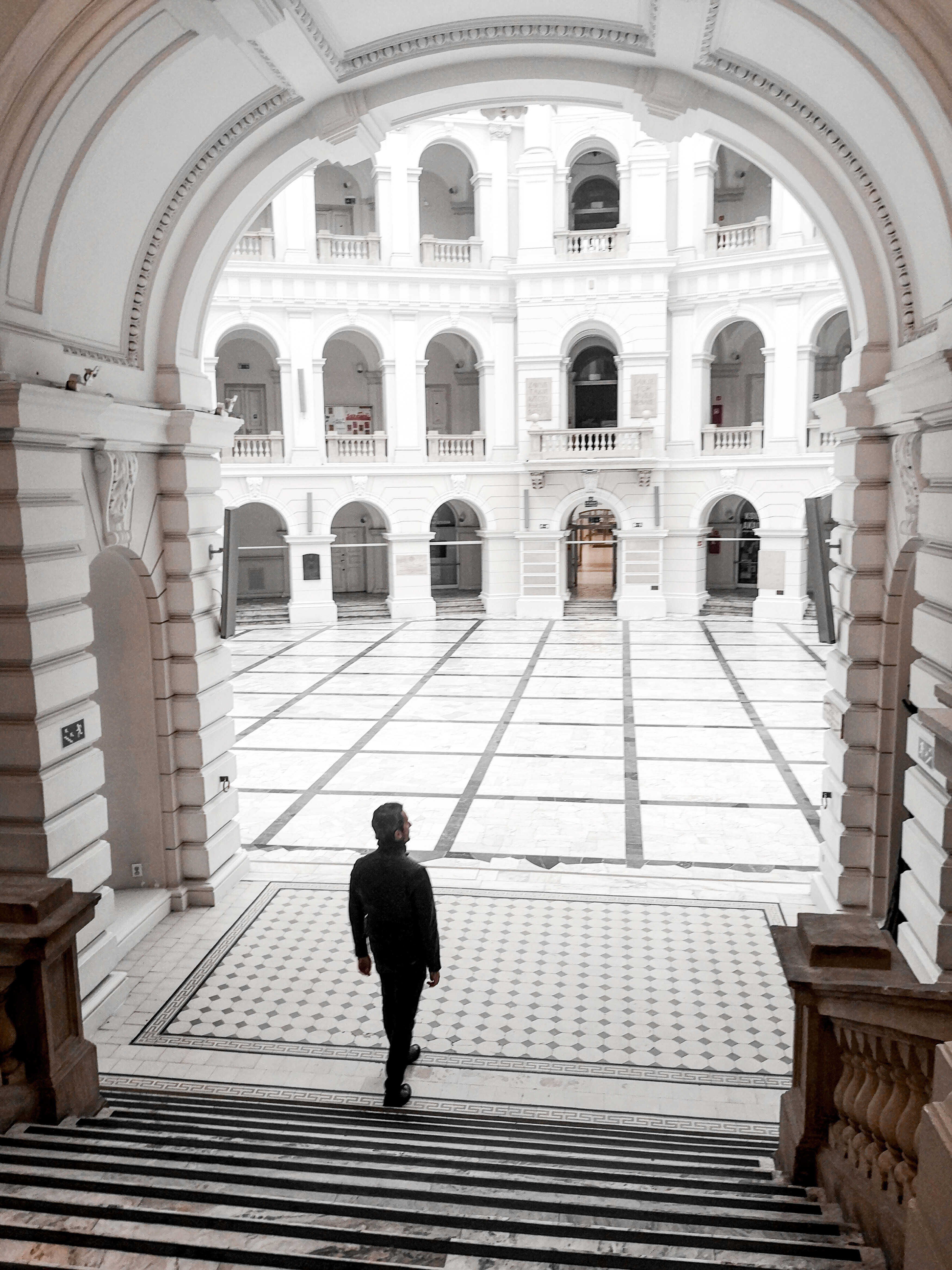 I was born in Naples, Italy. For those who don’t know it, it’s a place where art, criminality, religiousity, awesome food, the best pizza in the world, strong coffee, the sea, 2 volcanos and greek+roman+christian civilitazions meet and thrive(d) for thousands of years. Not an easy place to be born, nor one that won’t leave you with marks, positive and negatives, for all your life.

It is not a place of science and perhaps my fascination with computers came as a response to the lack of interest in them when I was a child. If there is something I’m really good at it is thinking against the grain, questioning the status quo and playing the devil’s advocate.

Thus, from a paltry PentiumI I started tinkering with programming, system administration, Unix-like systems (Linux mostly) and all that allowed me to create with a computer. Outside there was a chaotic yet dramatically beautiful city, full of contradictions and strong flavours, inside my room a controlled environment in which me and my computer were developing each other: it in becoming more powerful with the growth of hardware, me by learning to use and code on it.

I found a job doing exactly that. A simple hardware store one, where I would do what I was doing in my room at home in a professional setting, with multiple computers and for actual money. 3 years there and the usual “install Windows 2000 there”, “do scandisk on this hard disk”, and “set up the LAN by include this new computer” were the common tasks that became engrained in my head.

The passion of Naples was burning in me too and I wanted more. I gave up the job to become more focused on programming and computer science. In hindsight not the best choice I could do as right back then Italy’s economy became even more sluggish and especially back south investments and new jobs were dwindling, even in an expanding sector as I.T.

I scrambled on by branching off while studying in the free time: some translating (the hours reading JRR Tolkien in English paid off), some freelancing coding, a few content writing (I discovered being quite happy when writing), a stint as a professional bartender (which my stomach didn’t digest and forced me to leave the sector) made me realize that I would live an adequate life in Italy but never a truly good one. I had to move on.

In less than one month I decided for Poland and for its capital, Warsaw. Gut feelings, mostly. I found a very good chance to rebuild myself in a marketing/customer service position at Google, while still learning and experimenting with coding, system administration and DevOps practices (more recently of course).

I kept branching off: wrote two books, kept 2, at times 3, blogs and cemented my scattered skills with Freecodecamp certification and subscribing to the awesome Linux Academy for more sysadmin/Linux/DevOps training.